Army out on the streets of Manchester

A trip into Manchester today and there was a Freedom of the City Parade for the 209 (The Manchester Artillery) Battery, 103rd Regiment Royal Artillery, an honour bestowed in recognition of over 200 years service to the city. It all provided a good opportunity to go for a prowl with the camera. It was a colourful day and made all the better as purely by chance I met up with a couple of the older guys in the pics later on. It was good to talk and gave me the chance to share the photos with them. So in another unlikely plot twist, my pics are now doing the rounds of regimental Facebook pages. How meta is that? 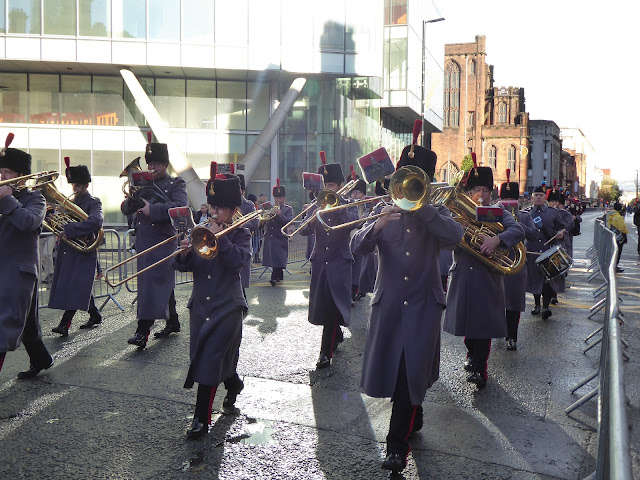 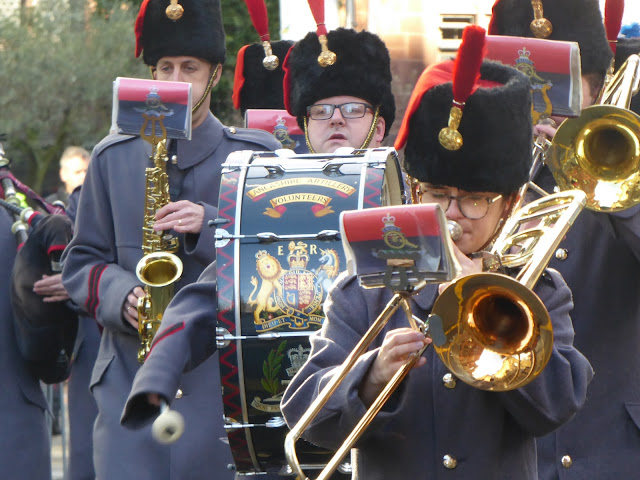 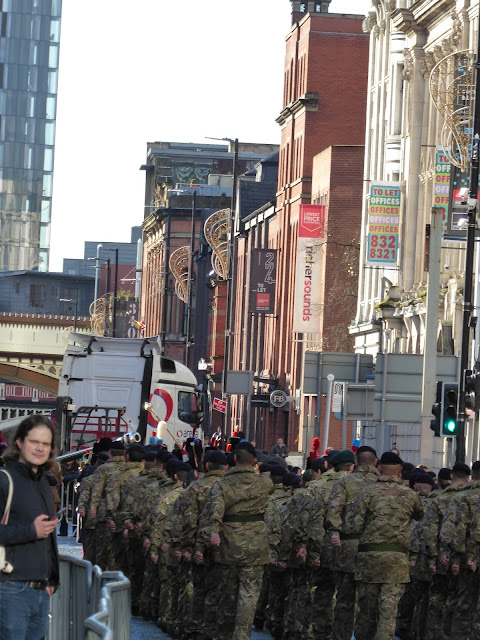 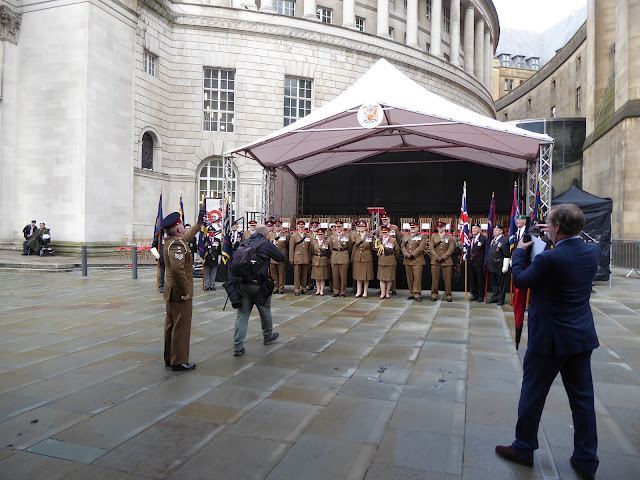 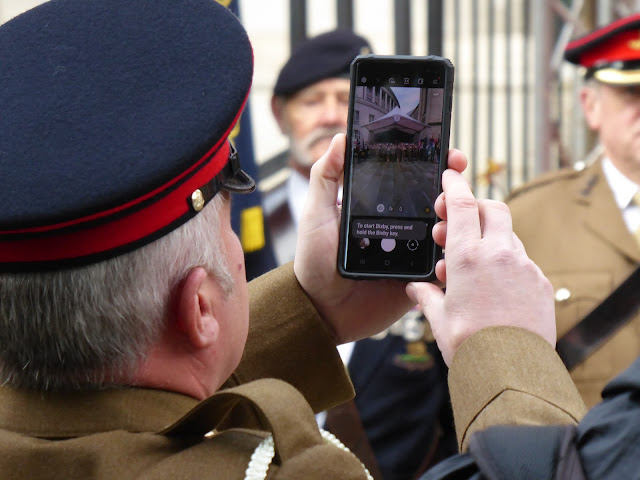 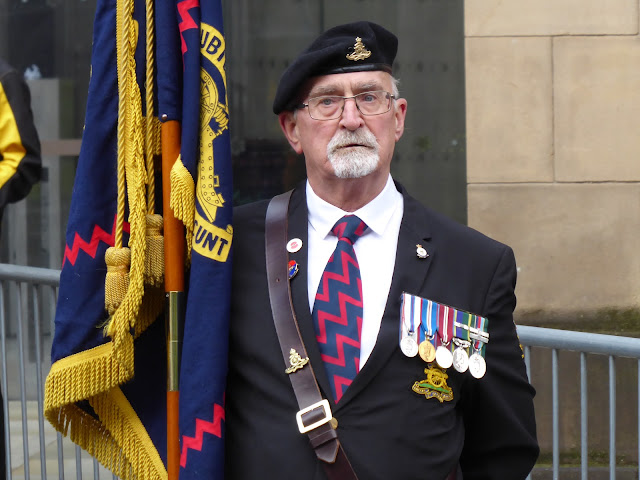 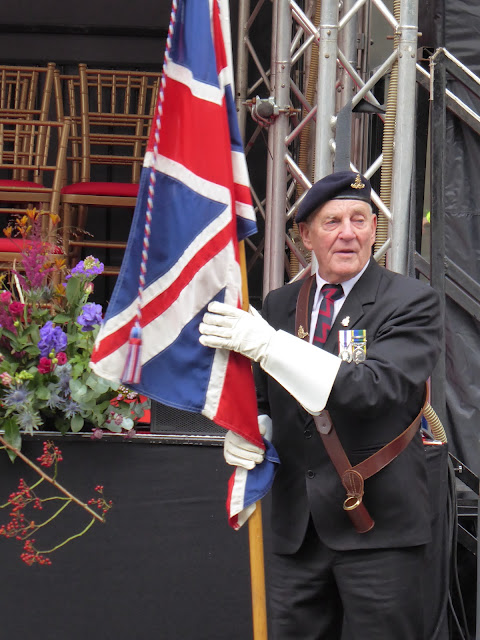 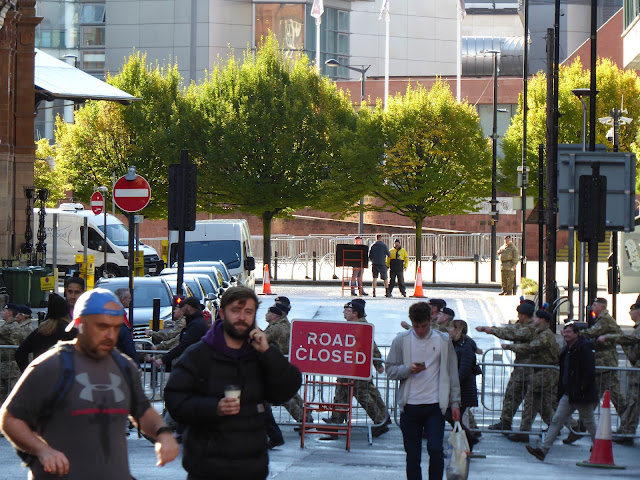 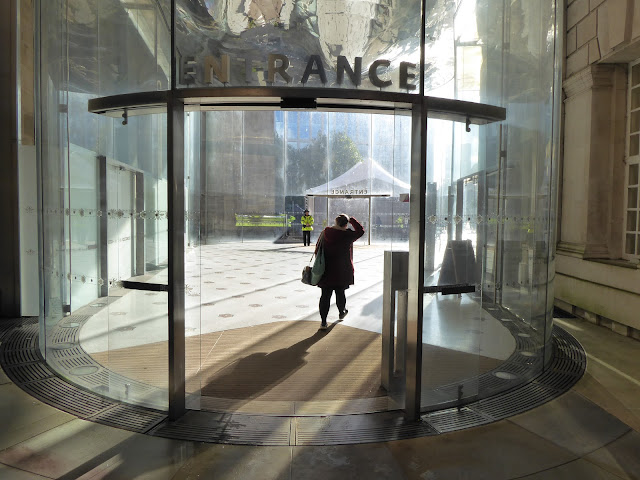 And then when wandering down Market Street someone had parked up a Landrover, set up a sound system, put a sheet over their head and started dancing in the back. Well somebody has to do it. 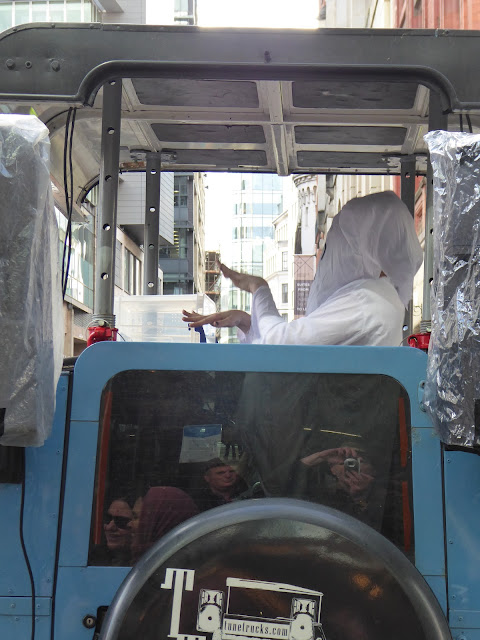 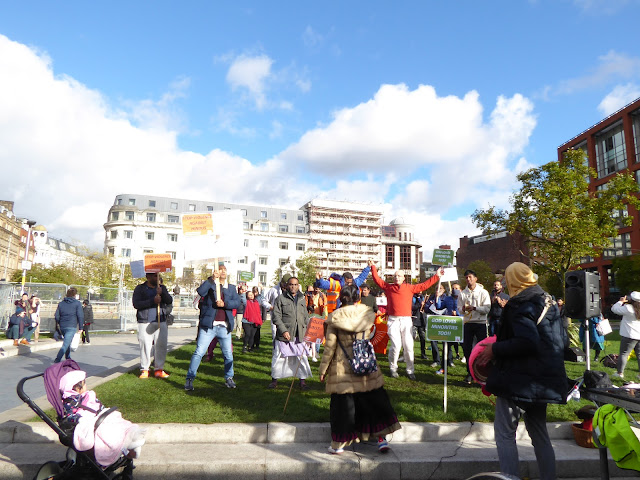 Podcast: The Trout and the Heron

December 19, 2020
This a quick podcast I made down by my local River Goyt, just on the Derbyshire side of the Derbyshire - Cheshire border. It is about a heron hunting where I am pretty sure trout are spawning, but because the water is coloured and the angle is such it is difficult to see what is going on in this river sometimes - it is a mix of detective work and guess work. But I suspect the heron knows. Really it is just me talking to myself for eight minutes from the middle of a tree. I made this for people who are interested in the wildlife they see on and around a river, but may be not so sure about what is going on beneath the surface. If you fancy a listen then click the link below. The Trout and the Heron on Soundcloud And if you are inspired to find out more about trout then there is more information than you can shake a stick at on the excellent Wild Trout Trust site , and if you fancy a bash at kick sampling and becoming a part of the Riverfly Partnership citizen science network I mention i
Post a Comment
Read more

December 06, 2020
I needed to recharge batteries today (the ones in my head I should probably specify, not in any device!) so I took my friend's spaniel up the hill at the back of my town. The track leads up to Mellor which is on the Derbyshire - Cheshire border, overlooking the Cheshire plain. It was a wet, misty day but I love walking in the winter mist, with the bare branches, it is like walking through a pencil sketch that is constantly being rubbed out and redrawn again ahead of you. We reached a small pond which doesn't usually catch much of my attention but today the mist gave it a greater presence. I am still familiarising myself with a new, compact camera - a Lumix Z70 - so part of my purpose today was having a play with the camera. Some photos through the mist: Then we dropped down the hill towards the river and went through a farm that has a wonderful, tumbling down out-building, the sort that is being taken back by bramble and lichen and has enticing wooden doors. I got the obligato
Post a Comment
Read more